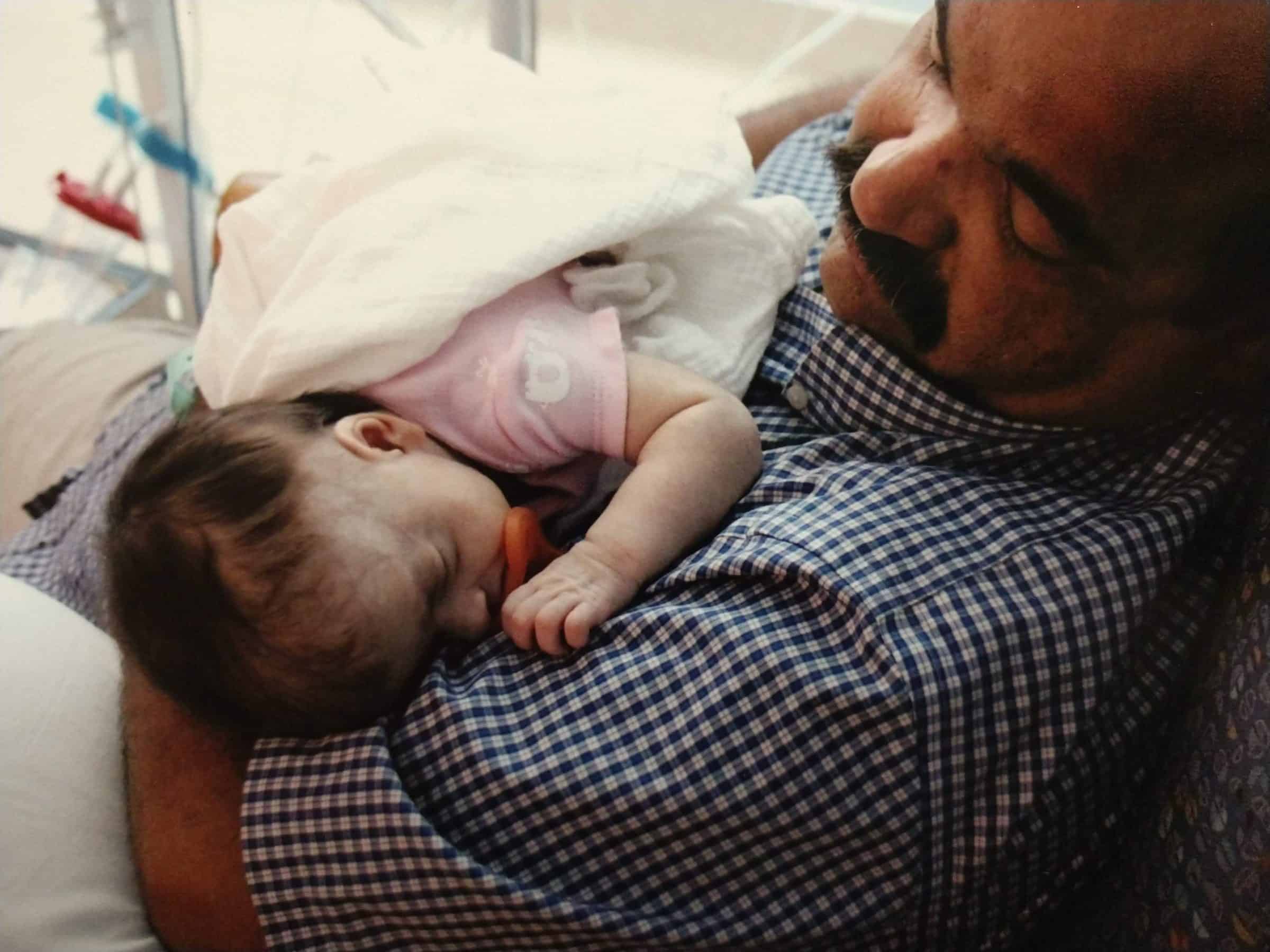 Sadie is the baby of our family. All of us, Mom, Dad and two sisters, were so excited and patiently waited for her arrival. During the 5 months prenatal ultrasound we received news that would forever change our lives. Sadie’s ultrasound showed multiple abnormalities. One of the abnormalities discovered was that Sadie had a rare disorder called Agenesis of corpus callosum. This meant that Sadie’s brain had either a partial or complete absence of an area of the brain that connects the two cerebral hemispheres. Another abnormality was what looked like bilateral hydronephrosis, her kidneys were enlarged due to their poor filtration of fluid.

We immediately met with a doctor after the ultrasound. This was the first experience of meeting with a Doctor who lacked compassion. We were told that if Sadie made it to term, she would most likely be born with multiple medical conditions and they were unsure of what the results of the medical conditions would mean for her life. At this time, I was a week before the legal time limit for a “legal abortion”, without compassion, the doctor asked Sadie’s dad and I to make a decision. Neither of us needed time to make a decision. Fortunately, my husband and I have always been on the same page. We decided to continue with the pregnancy and our life has been nothing but a wild and beautiful ride since then!

Every day became a challenge, even before Sadie was born. I delivered Sadie on May 4th 2013, at 37 weeks and 1 day. As a precaution for the many possibilities that could go wrong, the large, bright Operating Room held two teams. A team ready to help Sadie and one for me. Everyone was prepared for the worse. Sadie’s delivery was different than my two older daughters’ deliveries. She was not placed in my arms as soon as she born and I was not able to spend any time with her. The moment Sadie made her entrance she was rushed to the NICU. For the first time, my family did not get to stay with one another, we were forced in different directions. Divided and scared. Sadie’s sisters were separated from one another. Sophia, 17 months old at the time, was with Aunt Michele and Dina, who was 3 years old, was on the other side of the wall with Grandma. Only getting to see her new baby sister as she passed by on the way to the NICU. My husband had to leave my side to be with Sadie. All of us pulled in different directions when all we wanted was to be together.

The next three months were incredibly difficult. We didn’t get to take Sadie, our new baby girl home. We lived “the NICU life”. During Sadie’s NICU stay, she had multiple diagnostic tests performed, two surgical procedures, and was transferred to a pediatric hospital. After 3 months, all the different types of procedures Sadie had to endure, she was still discharged without a complete diagnosis. The only advice given to us was to take her home and love her because most likely she would not live much longer. At that point, what we knew was that Sadie had severe bilateral hydronephrosis, silent aspiration, which resulted in the need for a G-Tube, she was missing one set of ribs, she had bilateral radial head dislocation, a mental delay, and brain abnormalities. Even with all of those diagnosis’, there were still so many questions left unanswered.

From the beginning, like any parents, we wanted what was best for Sadie. We knew that we needed more answers to help her as much as possible. We flew from our hometown, San Diego, CA, all the way to the Mayo Clinic in Minnesota, with the intention of getting her diagnosed. This meant more diagnostic tests. While there Sadie had her 3rd surgery to remove a tumor found on her spine. We also had a trip to the ER after Sadie had her first grand mal seizure. This is where we discovered Sadie also suffers from epilepsy. After a few weeks, we received news that Sadie tested positive for Schinzel Giedion Syndrome, the 56th person in the world to ever be diagnosed. The first year of Sadie’s life was the absolute hardest. We spent more time in clinics and hospitals than we spent at home. Which meant, even more time that our family was separated and not able to spend time as a family unit that we are.

Sadie has broken many barriers that the doctors and medical books created for her. She is able to vocalize and communicate in her own way. She loves to play with her sisters. She loves music and being outdoors enjoying natures beauty. One of her favorite places to be is in her Daddy’s arms, something she does every evening. When we tell her we love her, she replies I LOVE YOU back with a sigh. She gives the best hugs, love and peace radiates from her like no other person I know. Sadie will be turning 7 in May! This journey has had its share of difficulties. We have learned and grown as a family. I am so incredibly blessed and honored to be called Sadie’s Mommy.